The 72-year-old was in town to promote his new autobiography ME, including a special Q&A talk with David Walliams in front of guests and fans.

Backstage at the event, Sir Elton shared a fantastic photo of himself reuniting with Kiki on Instagram:

The pair famously scored a huge number one single in 1976 with their duet 'Don't Go Breaking My Heart'.

The photos come after Elton opened up about his recent health scare, which left him just 24 hours away from death.

During his battle with prostate cancer, the legendary singer was in serious pain and had to even wear a nappy on stage as he performed in Las Vegas in 2017.

Talking to the BBC, Elton said: "I went to South America and played in Santiago and I came home, and I got to London and I was very ill. And I was rushed into hospital on intensive care. ‘I picked up an awful bug from somewhere.

"And I was about 24 hours from snuffing it. We didn’t tell people that was going on at the time, so I had an annus horribilis as they say for half the year."

"I literally had to learn how to walk again. I was extremely sick. All I could think about when I was lying in my hospital bed was 'please don’t let me die, I want to see my children', and luckily I survived it." 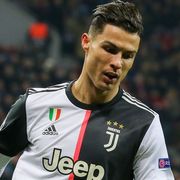