John Cleese is undoubtedly one of Britain's finest and most successful comedy writers and performers, from Monty Python to Fawlty Towers to A Fish Called Wanda.

John is back with a new book titled Creativity - where he aims to give advice for how to stay creative in difficult times. If there's one person who knows a thing about being creative, it's this man.

Gold's David Andrews caught up with John about the book, and he also looked back at iconic scenes from Fawlty Towers, and how George Harrison saved 1979's Life of Brian film.

Watch the full inteview above.

"And you’ve got to get away from that, so you have to create a creative space – or a tortoise enclosure as I have called it – and you’re not interrupted. And then you have to make sure that you’ve carved yourself out an hour-and-a-quarter or an hour and-a-half, just to get into the creative mood.

"And you have to wait for those thoughts to subside, which they will, if you sit down and are still for a bit. All those little things like 'I should’ve called Tom' or 'I should’ve bought the hamster a birthday present'."

He continued: "Because if you get into that zone – and [Graham] Chapman and I would take about 15 or 20 minutes. We didn’t know what we were doing in those days.

"I now see that it’s getting yourself into a creative mood. But, you know, you sort socks. You make coffee. You sharpen pencils. You rearrange your desk. All those things. It’s a question of getting out of our everyday harebrain, where we’re racing around, doing everything a bit fast and with a slight edge of anxiety, and getting into a much calmer state of mind."

Referring to how he wrotet the famous Fawlty Towers scene where Basil Fawlty thrashes his car with a weak branch, he explained: "What I remember is that it seemed like a funny idea, and I went off and probably illegally broke off a branch for something, and I came back, and I started practising hitting the car – and it wasn’t funny.

"And I thought, 'It’s because the branch is too rigid. It’s more like hitting it with a stick.' So I went away and I got a much floppier branch. And I came back, and started hitting the car. And that wasn’t funny. It was too floppy. It wasn’t funny. So I was very surprised.

"But I went off and I got another branch, and I came back, and that had the degree of rigidity of floppiness. And from that moment on, it became hysterically funny. Which goes to show, there’s always aspects to these sketches that you haven’t thought about which actually make the difference between it being really funny and not being really funny.

"And that’s why you’ve got to have a little bit of time to play, you see? You mustn’t rush decisions, because otherwise I wouldn’t have discussed that. If I’d had to use the first branch, I would’ve done it, and it wouldn’t have been memorable."

"Yes, George Harrison," he said. "It’s a very interesting story. I can go on at great length about the fact that most of the people in charge have no idea what they’re doing.

"And when you consider that not a single British studio, or, more importantly, not a single Hollywood studio would give us a miserable £2 million – this is very little money for a film. They wouldn’t give us the money to make that film. It was unbelievable.

"And Eric couldn’t believe it. He said, 'Why are you doing this?' George said, 'I want to see the movie.'

"But what an act of generosity and utter, glorious madness."

You can say that again.

Creativity by John Cleese is out now.

Join Gold for Motown Week: A full week of special shows dedicated to Hitsville USA - how to listen 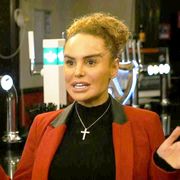 COVID-19: Tier 2 is 'still basically lockdown' and 'makes no difference' to pubs 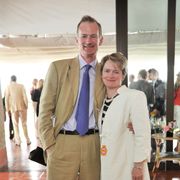 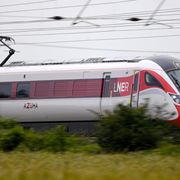 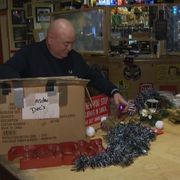 COVID-19: 'Postcode lottery' tier system unfair to pubs on wrong side of the road 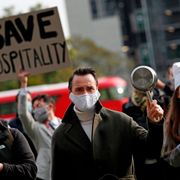