Gold's Hall of Fame: Frankie Valli and The Four Seasons

The Four Seasons were one of the most popular vocal groups of the 1960s, scoring countless hits across the world.

With Frankie Valli as their frontman, the American group are one of the best-selling bands of all time, and later inspired the huge hit musical Jersey Boys.

Here are all the big and important facts about the iconic band: Coronavirus: App reveals which UK places are most likely to stick to lockdown rules 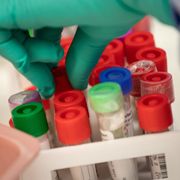