Where do you even start with The King?

Elvis Presley is undoubtedly one of, if not the most successful recording artist of all time. Over 40 years since his death, he still remains one of the most popular singers around the world.

In what would have been his 85th year, Gold looks back at some of the most important moments and facts that every Elvis fan should know. 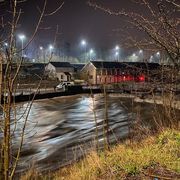