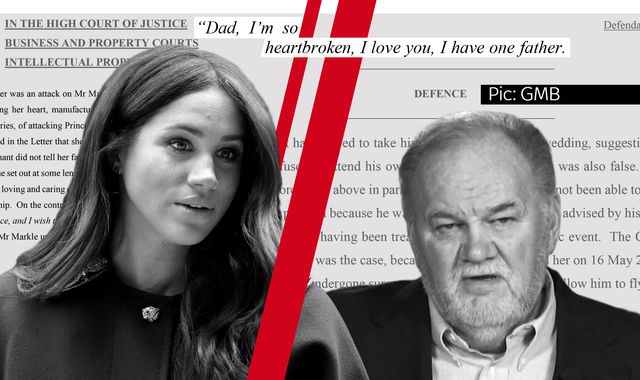 Court documents have been released which indicate Thomas Markle could testify against his daughter in her legal battle with The Mail on Sunday.

The publication and its parent company Associated Newspapers are accused of unlawfully publishing a handwritten note from the Duchess of Sussex to her father from August 2018.

A spokeswoman from law firm Schillings, representing the duchess, claims the newspaper's publication was "intrusive" and part of a wider campaign to write "false and deliberately derogatory" stories about Meghan, as well as her husband, Prince Harry.

The paper says Mr Markle "had a weighty right to tell his version of what had happened between himself and his daughter including the contents of the letter".

Scroll down to see the highlights in yellow of the defence's case from documents that have been made public so far: