I was tricked into sending a topless selfie, then blackmailed into being abused 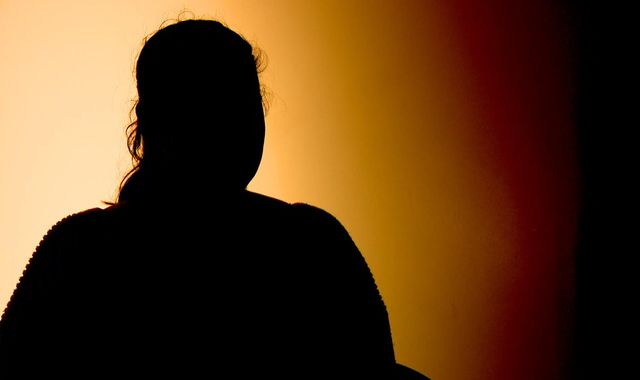 About a third of explicit images of children found online are selfies, according to the Internet Watch Foundation.

Now in her 30s, Rhiannon was just 13 and dreaming of becoming a model when she was tricked into sending a topless selfie to a stranger she met online, who went on to sexually abuse her.

This is her story.

When I was 13, I was introduced to somebody online that I didn't know and I was speaking to this person for quite a few hours in the course of one night.

They said that they were a young adult female and that they were a model, and she was just asking me lots of general questions like "who are you?", "where are you from?", "which school do you go to?" and lots of normal stuff.

And over the course of the conversation, she piled on a lot of compliments about how pretty I was, and "you're beautiful, you'll be a model, just like me".

She really befriended me but also built up this really detailed picture of my life in one go, that I didn't realise she was doing.

I wasn't so keen on that, because you know, it didn't seem like the right thing to do. But she really took the time to reassure me that it's not a big deal, everyone does it. And if you wanted to be a model, then this is how you go about it. And this is what you need to do.

So I sent a topless picture - and almost immediately, her demeanour changed. She went from complimenting me and asking nice questions to blackmail immediately. She wanted more pictures - and if I wasn't going to send them, then she was going to release the picture that she already had.

I was terrified. I didn't feel like I had much choice but to do what she was telling me, so more photos were sent.

Later on that evening, she said that she'd spoken to her boss about me and he wanted to come and meet me. He wanted to take some professional photos so that he could build up a portfolio so I could start work. And that's when it all got really real.

She asked me for my address and I really knew that I shouldn't give that out. And I tried to say no but she said that they could get it anyway, that she could trace it through my IP address and that it would be better if I just gave it to her.

And there was also the threat that all the images would be distributed if I didn't go along with it. So, I didn't feel like I had a choice but to give my address out.

The next morning, a man, her boss, came to my house. I didn't know at the time, but this man was the same person that I'd been speaking to the night before. But he carried on this pretence that he was her boss and that he'd come to get these professional photos.

He'd brought all these professional photography equipment with him. One of the first things he said was that he'd printed out the photos from the night before and he'd put them on disk, so if I didn't do what he wanted me to do, or if I told anybody, then they'd get sent to other people, and people would see them.

I eventually asked him to leave and he said that he would only leave only if I would let him do one further thing to me which, again, I didn't feel like I could say no to.

And then he left, and I got into the shower and... you know... I felt physically and emotionally just dirty. And I decided there and then that I wasn't going to tell anybody because I was frightened of anybody seeing the images or even just finding out what I had done.

I thought it was my fault, because I'd sent the initial image, I'd sent further images, you know, I'd given my address out, I'd let him do these things.

I thought that I was to blame for what happened. And although I knew it was wrong what he was doing, I thought that... it seems really silly but I thought that if I'd contacted the police that they'd blame me and I'd get in trouble for wasting their time.

But I was just terrified that anybody would find out and I was really ashamed and embarrassed of what I had done. So, I didn't want to talk about it, I didn't tell anybody.

About six months down the line I got a phone call from the police saying that they'd found my information on someone's computer, they thought I'd been hurt and they wanted to come and see me - firstly to check I was okay, but to find out what happened as well.

This was frightening, because that meant someone knew about it and someone at the police station would've seen those images as well.

I could barely even tell them what was happening. And my dad was frantically trying to get in touch with me to find out where I was. My friend's mum had to tell him, he came and got me and took me home, and he was distraught.

The police had obviously told him briefly what had happened. And when I got home my family and the police were in the living room, and I was like, "oh my god, everyone knows". It was devastating.

Going through something like this taught me a lot. It's taught me to be more careful, firstly, about what information I'm sharing and who I'm dealing with.

I've had trust issues for a long time, it's had a huge impact on me for quite a few years and suffered with anxiety and depression, I self-harmed and had panic attacks.

It was awful and I didn't get counselling until I was 22. So it was quite an awful experience.

So, looking back now, I feel like it's made me stronger and more determined, now that I've come to terms with it and I'm trying to use it to help other people and turn it into something positive.

After initially denying the charges, Rhiannon's abuser changed his plea to guilty and was jailed for 13 years for what he had done to her and other children.

(c) Sky News 2020: I was tricked into sending a topless selfie, then blackmailed into being abused 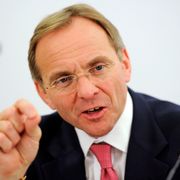 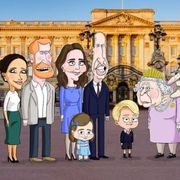