Bristol bus boycott: Meet the faces behind the UK's own 1963 civil rights movement 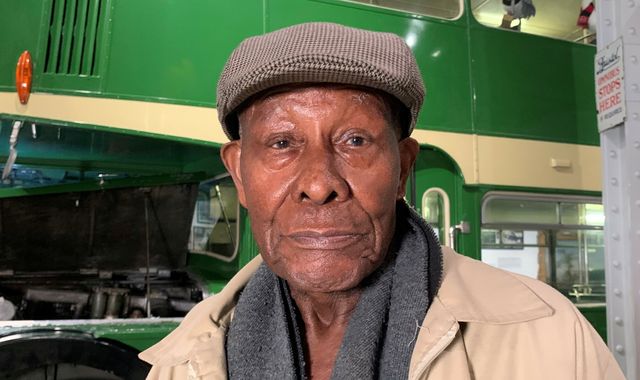 On 28 August 1963, Martin Luther King Jr stood on the steps of the Lincoln Memorial and delivered his iconic "I have a dream" speech.

Three-thousand miles away on that same day in Bristol, Roy Hackett and two other black men organised a series of protests that would change not only their lives, but the entire country - paving the way for the first Race Relations Act in Britain.

It was in April 1963 that Mr Hackett, now 92, led the Bristol bus boycott. He stood with other civil rights leaders and marched through the city centre seeking to end discrimination in employment.

More than half a century ago, it was legal in the UK to discriminate against someone because of the colour of their skin.

The Bristol Omnibus Company, run by the local council, refused to employ black people. At the time, no laws were in place and employers could not be prosecuted for discriminating on racist grounds.

The company claimed white passengers would not want to ride on buses driven by black men.

Mr Hackett recalls walking down the street and seeing a young man in tears outside the bus station.

"I was coming from Broadmead, Bristol, and saw this Jamaican bloke crying. I said, 'Why are you crying?'," he said.

"He showed me the advert that the bus station put out for drivers, but when he went to apply for the job, he was told the job was gone, but it wasn't. So I then went and spoke to the company and told them: 'If he can't be taught to drive the bus then the buses won't be driven.'

"I then called my friend Owen Henry (civil rights activist) who lived in St Paul's and I said, 'get as many black men and women and come down here', and he did.

"A great deal of black men had married white women. So, they brought their wife and their kids."

In 1962, Mr Hackett's late wife Ena applied to work as a bus conductor. She was denied the opportunity despite having the relevant qualifications.

"It was just not right that we were not allowed to work on the buses. We had to change things for black people in Bristol," Mr Hackett said.

Mr Hackett, who travelled from Jamaica to the UK aged 24, became one of the most important voices of the civil rights movement.

The sustained campaign, which he led with other activists, commanded national attention, with students from Bristol University joining the peaceful protests.

"The buses didn't move in the roads because they saw that I did mean business. We blocked the bus station. I even stood in front of the buses," said Mr Hackett.

Four months later, in August 1963, the bus company announced that it would lift the ban and allow black people to work on their buses.

"It felt like heaven," he said. "Honestly, I called my friend Owen Henry on the phone and said: 'Our dream has come true.'"

It was a surreal moment for Barbara Dettering, 81, who also attended the protests 57 years ago.

The 1950s and 1960s saw an influx of young West Indian men and women arriving into Britain - many of them settled in the St Paul's area of Bristol.

Ms Dettering, who travelled from Guyana to Bristol in 1961, spent most of her life working as a social worker.

"It showed us a way forward. It was a huge milestone. Before that, it was perfectly legal to discriminate. I feel very proud to know in my days we helped to do these things to make young people aware. A lot of young people did not know what we did in those days," she said.

The bus boycott was a major victory, culminating in the Race Relations Act being introduced in 1965 by Labour leader Harold Wilson. It banned all discrimination in the workplace.

The demonstrations, which were co-led by Dr Paul Stephenson, were inspired by the likes of Martin Luther King Jr and the actions of Rosa Parks, who refused to give up her seat to a white passenger on a Montgomery bus.

"On the same day the company lifted their ban, I was really listening to the great Martin Luther King and his speech about 'I have a dream'. And that made it for us, we felt vindicated to a certain point, and the two things coincide on the same day. It was magnificent," said Ms Dettering.

By September 1963, Bristol had its first non-white bus conductors.

Ms Dettering believes Mr Hackett and other community leaders' actions still carry power, and they have taken on renewed significance throughout protests across Bristol in response to the killing of George Floyd.

Racism remains in society, according to Ms Dettering, who added she was relieved when the Edward Colston statue was toppled by Black Lives Matter protesters in the summer.

"The killing of George Floyd was very sad. It took such a cruel killing to bring the world, not just America or England, but the world to its knees and acknowledge racism. We have to continue fighting to make sure that this country is better for our grandchildren and great grandchildren."

The city both Ms Dettering and Mr Hackett have called home has stayed the same, but the world around them has massively changed.

They are adamant the work they started nearly 60 years ago is still not over.

"They can make a change if they put their mind to it," said Mr Hackett. "Change can happen, but you must confront and talk to people."

"It's a very nice feeling to know that you have done something worthwhile for your people. It's a very good feeling to walk down the street and everyone knows you," a smiling Ms Dettering said.