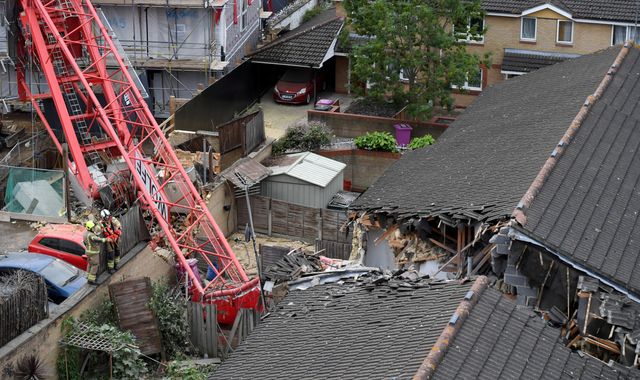 A woman who died after a 20-metre crane collapsed on houses in east London has been named as 85-year-old June Harvey.

The victim was described as a "very caring woman" who was "loyal to her family" by her great nephew, Sam Atkinson, 28, who lived with her, alongside his mother, Jacqueline, 63, and their dog.

Mr Atkinson added that the family were "devastated" and "extremely traumatised, extremely shocked" by the loss.

"The last thing you ever think is going to happen is a crane coming through your roof," he said.

Work has now begun to recover Ms Harvey's body, who was in one of the two terraced properties that were partially crushed as the crane fell onto Compton Close in Bow on Wednesday afternoon.

One other person, a construction worker, is currently in hospital in a critical condition, while several more people have suffered non-life-threatening injuries.

Tower Hamlets Council has since temporarily rehoused 97 people from 26 households living in the vicinity of the incident.

They have all been placed in hotel accommodation.

In a statement, the Metropolitan Police said a multi-agency investigation had since been launched, involving officers from the force's Central East Command Unit and Specialist Crime, the Health and Safety Executive, and the London Fire Brigade.

It added that the investigation was still in the very early stages and that a scene would remain in place for the coming days.

No arrests have been made. 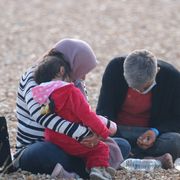 Migrants: UK has failed to cut numbers trying to cross Channel, but not through a lack of trying 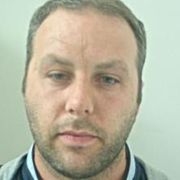