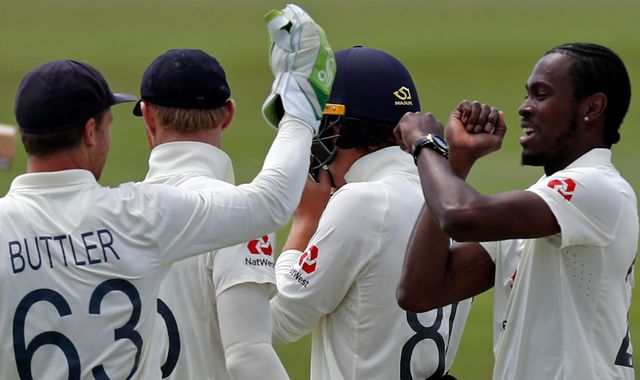 West Indies slipped to 35-3 at lunch chasing 200 to beat England on day five of the first Test as pace aces Jofra Archer and Mark Wood starred.

Archer (2-13) bowled Kraigg Brathwaite (4) off an inside edge and pinned Shamarh Brooks (0) lbw, as well as forced John Campbell (1) to retire hurt after hitting the opening batsman on the toe with his first delivery.

Wood (1-4) then bowled Shai Hope (9) on the drive as West Indies fell to 27-3, with Roston Chase (12no) and the effervescent Jermaine Blackwood (1no) at the crease - Chase surviving an lbw review late in the session after being hit on the pad by off-spinner Dom Bess.

Archer and Wood managed just one wicket between them from a combined 44 overs in the first innings - but have now given their side a great chance to move 1-0 up in the first #raisethebat Test of the three-match series.

Archer had earlier taken his score from an overnight five to 23 with a couple of dashing boundaries before he was last man out, caught behind off Shannon Gabriel (5-75) as the seamer completed his sixth Test five-for.

Gabriel also had Wood (2) caught behind on the cut after England resumed on 284-8 with a lead of 170 - Archer, Wood and James Anderson extending that to 199 before Gabriel wrapped up the innings. 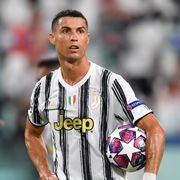 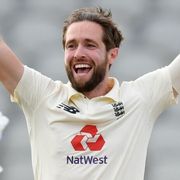