Sergio Perez has made his track debut for Red Bull after driving his first laps for the team at Silverstone on Tuesday, with Mercedes' likely title challengers kickstarting their 2021 campaign.

Perez, Red Bull's winter signing to partner Max Verstappen, drove the 2019 RB15 car during a filming day around the Northamptonshire circuit to acclimatise to his new surroundings, hours after his team launched their latest challenger.

The first pictures of the RB16B, which Red Bull hope will land their first title since 2013 this year, were revealed on Tuesday morning and the new car will have a shakedown at Silverstone on Wednesday.

Perez's laps in the older car on Tuesday were in preparation for that outing, when he will be joined by Verstappen as well as the driver he replaced for F1 2021, Alex Albon, who is now the team's reserve driver.

"It's been amazing," said Perez of his first day in the car. "To look at my name on the car is something very special. It's definitely a dream come true.

"Everything about the car is different. It's still an F1 car in the end but the seating position is different, the steering wheel, the brakes, the buttons, procedures, the engine and the power delivery, the torque, so many things are different.

"But I can see there is so much potential with this team."

Red Bull, as well as being the fourth team to launch their new car, are the latest outfit to step up their programme ahead of three days of pre-season testing in Bahrain on March 12-14.

The 2021 season is then set to start with a race at the Sakhir track on March 28.

Perez is viewed as key to Red Bull's title hopes this season, with the team hoping he aids Verstappen in battling the Mercedes more consistently than Albon was able to.

The Mexican, 31, will start the season on the back of his best F1 campaign to date with Racing Point, which was capped off with a maiden victory in Bahrain.

Red Bull finished a distant second behind Mercedes in 2020, with two wins - both from Verstappen.

They haven't won a title, or mounted a sustained challenge, since 2013. 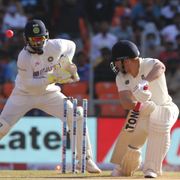 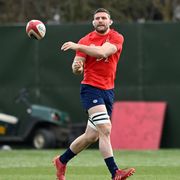 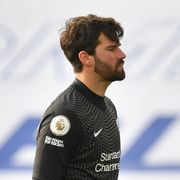 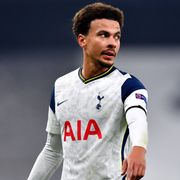 Jose Mourinho: Dele Alli back to his best after amazing Wolfsberger performance