Leg-spinner Rashid was the pick of the England bowlers in their ODI victory against Ireland on Saturday, finishing with figures of 3-34 to restrict the tourists to 212-9.

Key feels the 32-year-old, who featured in England's World Cup triumph last summer, is at the peak of his powers and represents a more dangerous prospect than any of the other top spin bowlers in the world.

"I've known Adil a long time and it's the best I've ever seen him bowl, not just in white-ball cricket," said Key. "You look for that speed he's bowling at now.

"Normally Adil will bowl around 48 to 50mph - here he was getting his leg spinner and the googly around 52, 53mph. He's gone up and down through the speeds, which he hasn't always been able to do.

"So he is now really at the top of his game and I can't think of any spinner better than him in world cricket at the moment.

"You can look at Mujeeb (Ur-Rahman), Rashid Khan and people like that, but I think he's the best spinner in the world."

Rashid, who made his ODI debut against Ireland 11 years ago, was hampered by a shoulder injury in the aftermath of the World Cup, although he returned to the England fold during last winter's tour of South Africa.

His performance at the Ageas Bowl helped to ensure England sealed a series victory as they won by four wickets to go 2-0 up in the three-match series.

The spinner also reached a personal milestone during the Ireland innings, claiming his 150th wicket in ODIs when he had Lorcan Tucker caught by Reece Topley off a top-edged sweep.

"It's coming out quite nicely," said Rashid. "It's been good to get some time at home to go in the gym, get my shoulder stronger and work on a few things that needed to be worked on.

"Hopefully I can carry that on. As you get older you probably know your action a bit more, you know the batsmen and what threats you hold against certain opposition.

"For me it's always on the day and how I feel - if they're not picking the googly or wrong 'un, but the main focus is always to work on my variations and get better. I'm always learning."

Watch the third ODI between England and Ireland live on Sky Sports Cricket from 1.30pm on Tuesday. 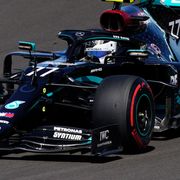 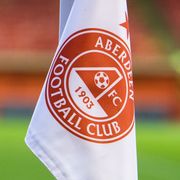