Most people aged over 75 will have to start paying for their TV licence from 1 August, the BBC has said.

Chairman Sir David Clementi said the decision to start the new scheme next month "has not been easy".

He added the corporation "could not continue delaying the scheme without impacting on programmes and services".

"Around 1.5 million households could get free TV licences if someone is over 75 and receives Pension Credit, and 450,000 of them have already applied", Sir David said in a statement.

"And critically it is not the BBC making that judgement about poverty. It is the government who sets and controls that measure."

The broadcaster previously postponed the axing of the universal entitlement for pensioners because of the coronavirus pandemic, with outgoing director-general, Lord Tony Hall, saying it was not right to introduce it in "the middle of a crisis".

The BBC has been urged by charities to "sit down" with the government and "agree a way forward", with Age UK saying that pensioners relied on TV as their main source of news and information about COVID-19 during lockdown.

The move to axe free TV licences provoked a swathe of criticism, with the likes of Dame Helen Mirren calling it "heartbreaking".

The free TV licence was introduced in 2000, but the BBC agreed to take on responsibility for funding the scheme as part of the charter agreement hammered out with the government in 2015.

The broadcaster, which faces increased competition from streaming giants, has said it cannot afford to maintain the measure.

It says continuing with the government scheme would have cost the corporation £745m, meaning the closures of BBC Two, BBC Four, the BBC News Channel, the BBC Scotland channel, Radio 5 Live, and a number of local radio stations - as well as other cuts and reductions.

Digital, Culture, Media and Sport Committee chairman Julian Knight says the BBC's decision will be a "body blow to millions of British pensioners".

He said: "I had hoped that the previous delay announced would lead to the government and BBC coming together in order to thrash out a fresh deal. However, that has clearly not happened.

"This mess is a result of a poor decision struck by the outgoing Director-General, and now Britain's pensioners are having to pick up the cost.

"The BBC wants people to be reassured that they can use an online 'COVID-safe' payment system to buy their licence.

"This takes little account of those over-75 not online, many of whom have only just been allowed to leave their homes and who might still be afraid to do so."

Labour's shadow culture secretary Jo Stevens said: "The refusal of the government to fund this vital service after promising to do so is nothing short of betrayal.

"Many over-75s have spent months at home with TV providing an invaluable source of company during the pandemic.

"For the government to blame the BBC who are having to contend with huge cuts is simply passing the buck."

The decision comes as the government is set to announce its response to a consultation on decriminalising licence fee evasion.

It launched an eight-week consultation in February, which received more than 100,000 responses.

A report in May suggested that hundreds of people had opted to cancel their TV licence each day over the past five months.

The broadcaster has launched a programme of voluntary redundancies as it attempts to make £125m in savings this year - on top of the previous £800m savings target - due to the pandemic.

It has also announced job cuts in TV news and local radio in England, and said it was axing more than 150 roles in Scotland, Wales and Northern Ireland.

It also plans to cut around 450 jobs in BBC News. 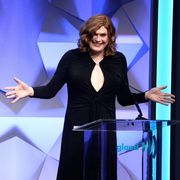