Yusuf / Cat Stevens has released a brand new reimagining of his original 1970 song ‘Father And Son’, accompanied by a new music video.

The release comes ahead of the upcoming new album Tea for the Tillerman², which is out on September 18.

The singer will release the same 11 songs from his hit 1970 album to celebrate its 50th anniversary.

Chris Hopewell directed the new stop-motion video for the track. You can watch the video above.

The 72-year-old sings both the ‘Father’ and ‘Son’ parts of the new song, with his younger 1970 recording as the role of the ‘Son’.

Yusuf said: "Father And Son’ feels pretty appropriate for what’s going on right now, if you take the father figure as being the establishment.

"However, I don’t think revolutions are that kind to the previous order, its main objective is to turn it around and to get rid of them.

"Whereas I don’t personally believe in that; I believe in a kind of a change that would not necessarily destroy everything."

He continued: "Though my songwriting adventures were never limited to Tillerman, the songs on that album certainly defined me and pointed the way for my mysterious life’s journey.

"Since those originative sessions in Morgan Studios, Willesden, in 1970, Tillerman has grown and developed its own gravitas and influence on music history and as the soundtrack to so many people’s lives." 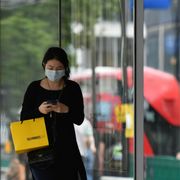 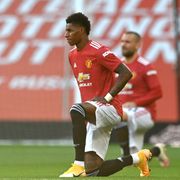