The Osmonds have performed together for the last time as a group in an emotional TV send-off.

Appearing on US chat show The Talk on Monday (October 14), new co-host Marie Osmond celebrated her 60th birthday the day before, by getting her older brothers to join her for a performance.

This will be their last-ever public performance as the Osmond Brothers.

Alan, Wayne, Merrill and Jay Osmond formed the original lineup of the Osmond Brothers, who started as a barbershop quartet, before finding fame with regular appearances on the Andy Williams Show in the early 1960s.

The four brothers reunited for a one-time-only appearance on The Talk, with Marie tearfully explaining that their song 'The Last Chapter' is "a song they wrote to say "thank you to all of you, their fans."

Watch the emotional moment below:

They then performed in front of a screen that showed a video montage of career highlights from Marie's life.

She added: "I wanna say that I am so honoured to be your sister. I love you guys. You've worked so hard. Enjoy your retirement."

Donny and Jimmy also jouned the Osmonds in the 1970s, with Marie joinijng Donny on The Donny & Marie Show. She found fame as a solo country singer in the 1980s. 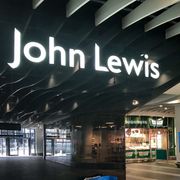 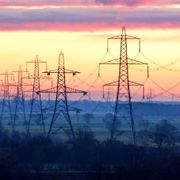 Ofgem runs into resistance over plan for more green investment