Elvis Costello, Feargal Sharkey and Andrew Roachford are among the stars named in this year's Queen's Birthday Honours list.

Elvis Costello has been made an OBE in the Queen's Birthday Honours for his services to music.

Oscar-winner Olivia Colman has said she is "totally thrilled" to be made a CBE. The 45-year-old actress won the best actress Oscar for playing Queen Anne in The Favourite, and will soon play Queen Elizabeth II herself in The Crown.

She is honoured for services to drama under her real name of Sarah Sinclair.

Colman told the Press Association: "I'm totally thrilled, delighted and humbled to be in the company of these incredible people, most of whom have been nowhere near as visible as I have, but should be - and hopefully now will be. It's such an honour."

The Undertones frontman Feargal Sharkey has been made an OBE, with authors Joanna Trollope and Lee Child are made CBEs, and TV adventurer Bear Grylls is made an OBE.

The chief Scout said: "This really is a huge honour and it's something, if I'm honest, that I never expected to happen. But I really do feel it's a team effort, this award is for every one of those incredible Scout volunteers."

Elsewhere in music, rapper MIA and singer Andrew Roachford are made MBEs, as has singer Alfie Boe.

Roachford said: "To be recognised for the work you're doing, which is also your passion, from such a high level, is indeed an honour."

Elvis Costello is one of the pioneers of the punk and new wave movement of the late 1970s, scoring hits with the likes of 'Oliver's Amy' and 'Pump It Up, alongside his band The Attractions.

In July 2018, Costello cancelled six dates of his European tour on doctor's orders, after recovering from surgery for cancer. He apologised to his fans, having thought he had recovered enough from the surgery to complete the tour. 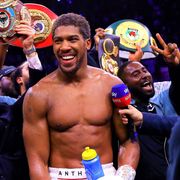 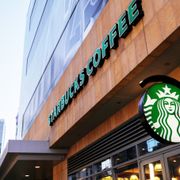