This John Lennon tribute from Argentina looks EXACTLY like him

Javier Parisi is perhaps the greatest tribute artist around, as he channels the late John Lennon at shows all over the world.

The talented singer hails from Argentina, and has amazed Beatles fans with his incredible impersonation.

Not only does he look exactly like John Lennon, but he sounds just like him too. Watch a couple of performances below:

Time for reflection 🌎 How can we help to heal the earth? A little bit of this beautiful song called "Salt Water" by Julian Lennon . . . . #javierparisi #impersonator #johnlennon #lennon #lennontribute #tributetojohnlennon #julianlennon #saltwater #healtheearth

How impressive is that?

Speaking about his love for Lennon on his blog, he said: "He’s still alive with his music, although he is not physically with us, he left his entire legacy and the most important thing, as John said, this conviction that we must believe in ourselves and we must get up every day to follow our dreams."

On why he started impersonating Lennon, he explained: "Well, I fell in love with them when I was 8 years old, I was watching tv when I saw this ad of a TV show. They were singing 'A Hard Day’s Night'. I was shocked; the riff of the beginning just blew my mind. I felt so attracted to their music.

"It was the first time music had colours, smell as I had imagined. Of John I’ve always liked his sense of humour, his voice and his rebellious spirit, saying what he wanted to say, always standing up for what he believed in."

If there's ever going to be a John Lennon biopic, look no further. 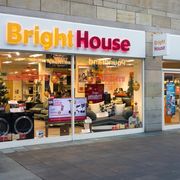 Coronavirus: BrightHouse and Carluccio's collapse with 4,500 jobs at risk 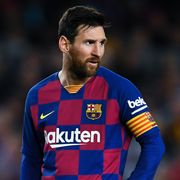 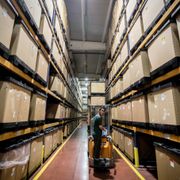 Coronavirus: Questions over testing as minister claims UK is 'right at the top of the league table' 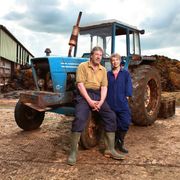 Coronavirus: COVID-19 is coming to The Archers in May 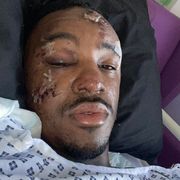