Inflation tumbled to lowest level for three years in December 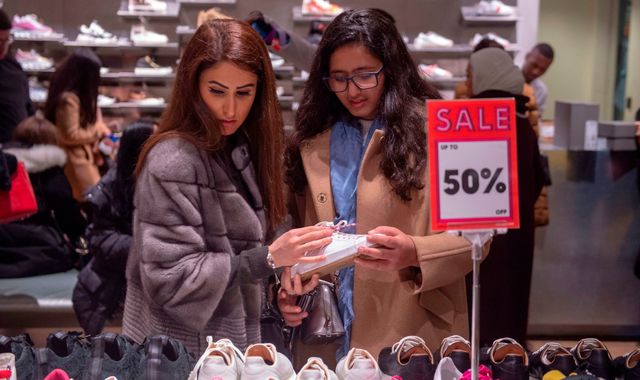 The rate of inflation has fallen to its weakest level in three years, bolstering the case for the Bank of England to take action to support economic growth.

The Office for National Statistics (ONS) reported that the core CPI measure eased from 1.5% in November to an annual rate of 1.3%.

Economists had predicted a flat picture for consumer prices. The ONS said the main downwards pressure came from hotel room costs and heavy discounting on women's clothing in the run-up to Christmas.

The slowing of price growth in the economy, while welcome for households, indicates that demand remains below potential.

It is now known that at least five members of the Bank of England's nine-member rate-setting committee share worries that more stimulus is, or may be, needed amid a lack of clear evidence of a bounce for the economy that was predicted after the Conservatives' election win.

One of those monetary policy committee (MPC) members, Michael Saunders, has already voted for a rate cut and used a speech on Wednesday to argue that even with an improvement in growth, the economy would remain sluggish.

Ahead of the Bank's next rate-setting meeting at the end of the month, he described evidence of a "Boris bounce" as "pretty limited".

The pound, which has felt pain this week on surging rate cut expectations, was almost half a cent down against the dollar on the day at $1.2988 after the ONS data dropped.

The figures raised expectations of a rate cut for financial markets to 56% from 49% before the information was published.

The inflation figures build on evidence that the economy is stagnating though business and housing market surveys point to a release of pent-up demand since December's election.

It was seen as ending parliamentary deadlock over Brexit because of the scale of Boris Johnson's majority, though waters ahead remain clouded as talks begin over the future relationship - with a deadline of the end of the year for a deal looming large.

Simon Harvey, foreign exchange analyst at Monex Europe, said of the inflation figures: "Sterling continues to trade on the back foot this morning as the growing flock of doves at the Bank of England get their second piece of confirmatory data to suggest a rate cut at the end of the month may be a done deal."

But Samuel Tombs, chief UK economist at Pantheon Macroeconomics, said he expected a rebound in CPI during the first quarter - edging back towards the Bank's 2% target.

"The sharp fall in CPI inflation in December shouldn't be a game-changer for the MPC, which had anticipated a 1.4% print in November's Monetary Policy Report," he wrote.

Boeing admits crisis-hit 737 MAX may not return until July