Sir Rod Stewart has said that he'd love to follow good pal Sir Elton John by having his own movie.

Speaking at London nightclub Tramp’s 50th anniversary, Rod told the Mirror: “I haven’t seen the Elton John biopic, but I’d love one of me.”

The singer was at the party with wife Penny Lancaster alongside stars such as Joan Collins, Michael Caine, Bill Wyman and Nick Rhodes.

Last year, Rod spoke of his disappointment about Elton’s retirement tour, saying it was “dishonest” and “stinks of selling tickets”.

He also joked that he was “winning” when it came to their recent albums’ chart performances.

He said: “We have been in contact with each other a lot lately, bitching everybody out. We are still competitive. We text back and forth… how many albums I’ve sold and how many he’s sold. I’m winning.”

There are also movies in the works about the lives of Aretha Franklin, David Bowie and Dusty Springfield, while romantic comedy Yesterday reveals what happens when only one man remembers the music of The Beatles. 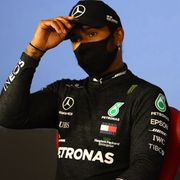 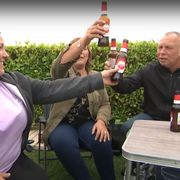 Coronavirus: Thousands flock to Devon and Cornwall, where there are mixed feelings 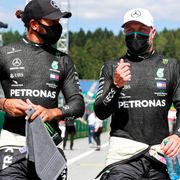 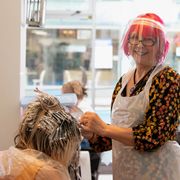 Coronavirus lockdown: What was it like finally going to the pub and hairdresser's again? Those who did it tell us