A previously unheard Freddie Mercury song has been unearthed, after decades of trying to locate his lost vocal performance.

'Time Waits For No One' was originally part of the soundtrack to the 1986 West End musical Time.

At the time, the version released featured the late Queen legend joined by many other backing vocals.

However, a different piano rehearsal of the track, featuring a totally different vocal take, has now been found.

Written by Dave Clark of the Dave Clark Five, the singer felt the demo was better than the final version.

"When we first recorded it, I went to Abbey Road and we ran through with just Freddie and piano. It gave me goosebumps. It was magic," Clark told the BBC.

"Then we got down to recording the track and we [added] 48 tracks of voices, which had never been done in Abbey Road before, then the whole backing.

"It was fabulous - but I still felt there was something about the original rehearsal."

After decades of searching, Clark finally found the demo recording in 2017. He then isolated Freddie's vocals, and brought back original keyboardist Mike Moran to record a new piano backing.

Clark described it as a "magic performance," and that he "tasted every word". "It gave me the same goosebumps as when I first heard it."

Time was a musical starring Cliff Richard as a rock star who was tasked to defend Earth's when the planet went on trial before a galactic high court. Yep, that happened.

It also featured a holographic projection of Sir Laurence Olivier, but was lampooned by critics at the time.

Freddie turned down a starring role in the play, saying: "For one thing, my darling, I don't get up until 3pm, so I can't do matinees. For another, when I do a show, I sing my butt off for three hours and then I drop dead. So it would be impossible to do eight shows a week."

Clark and Mercury had been close friends since 1976, after meeting backstage at Queen's concert in London's Hyde Park. The rock star was even with Freddie when he died. 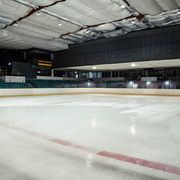 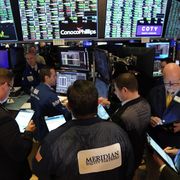