Queen and Adam Lambert have finally announced that they will bring their brand new Rhapsody concert experience to UK and Europe audiences next year, with Adam now joining the band for over 200 gigs.

Adam spoke exclusively to Gold, gushing: “We’re very excited to come back. You know, we’ve done a lot of these cities before.

"But The Rhapsody Tour that we’re coming out with is a whole new production. We just did about seven weeks in the US, and people loved it. We were sold out everywhere.

In what will be their first European dates since the worldwide box office hit that was the Bohemian Rhapsody film, Adam announced to Gold Radio that the duo will perform 16 shows in England and Europe in spring 2020.

Noting a change in the audience’s appreciation for the band since the Bohemian Rhapsody film hit cinemas, Adam said: “I think that is what we’re seeing. It’s interesting, too, because I think there’s a new fascination into Freddie, and who he was. I think the movie did such a beautiful job at making people fall in love with him again.”

Revealing new things he had discovered about Freddie himself, Adam explained: “I definitely learned more about Freddie’s relationship with his manager, the manager that kind of pulled him away a little bit from the rest of the band. And that’s a very interesting story.”

Carrying on Freddie’s legacy with his own tribute to the late star by fronting Queen, Adam smiled: “I get to juggle working with Queen and then my solo career, which is kind of a dream come true. It’s amazing. Because it’s two very different sides of things, but they complement each other, I like to think.

“You know, I don’t get nervous anymore, except for when we’re in a city where I have a lot of people – like close friends and family. You know, like in a big city. When we played LA, I was a little nervous, because I had a lot of people out there that I knew personally. But it really is kind of in my body now. It’s like muscle memory with them, which is great.”

The 37-year-old singer first performed with Queen while a contestant on American Idol, but Adam could never have imagined his relationship with the band would have continued to develop into worldwide tours.

Adam said: “Oh, you know, if somebody had told me, ‘By the way, in about 10 years time, you’re going to be fronting the band with them, and travelling all over the world’ – I would have said that they were crazy.

“But I’m really glad. And maybe it was like a twist of fate that I chose ‘Bohemian Rhapsody’ as my audition song for the completion, because if that hadn’t been my choice, I don’t know if they would have ever heard about me.

After 200 concerts, Adam noted the tight bond he shares with the band, adding: “They’re great. It feels like family at this point. You know, we’ve been working together for about eight years. We know each other really well. And it’s a good group of people. It’s very tight-knit. There’s an ease and comfortability that I could only wish for.

“You know, when we’re on stage, too, we know what the other person is thinking. You can read the band. It’s a real band. It feels like a band.”

Adam is about to release his new album, titled Velvet, with his single ‘Superpower’ already proving a huge success for the star.

After touring with Queen for several years, Adam gave a nod to Queen and explained how his sound has been influenced for his upcoming record.

He said: “I think on this project, I definitely think it’s a little bit closer to something that maybe a Queen fan would like to listen to. There’s a lot of retro influences. Music from the 70s and 80s – the early 80s, particularly – was always being played at my house growing up. My parents had a lot of vinyl. And I heard a lot of great music.

“When I started working on this project, I thought to myself, ‘Okay, I want to do something different than what I have done.’ I had to really search for a real inspiration, like a reference point. And I realised that the music that I was referring to was stuff that is sort of in my DNA, because I grew up hearing it.

“So it wasn’t something that I tried to do. It came so naturally. It’s like the fabric of what I love about music, and why I wanted to become a musician in the first place.”

“I released this song ‘Superpower’, and it’s playing on air, and I’m just excited that people are loving it. I intended it to be written as an empowerment anthem, but one that you could dance to, and have a good time to.

So, would Adam ever record a song or even an album with Queen?

Adam replied: "I don’t know. We get asked that from time to time. It’s one of those things where I would never say never, but it hasn’t come up."

However, it looks as though the band could collaborate with Adam on a Velvet track or two for the UK and European tour.

Adam said: “The guys have been so kind in the past to perform a song of mine, or two. We’ve done ‘What Do You Want From Me?’ We’ve done a handful of them. We did a song called ‘Lucy’ that was on my last album that Brian [May] actually played guitar on.

“So, yeah, they’re very open to it. We just have to decide which one. It’s a year away – or less than a year away. So I think there’s going to be a lot of great songs. We’ll see which one they love.”

Delving further about his new album, Adam revealed he has spent over four years working on it, taking his time to make sure it sounded “authentic”.

Adam gleamed: “Velvet is a mood. It’s definitely influenced by the late 70s or early 80s. I would think that if you’re comparing it to my past work, it’s a bit more soulful. The production, the sound of it is a bit more indie kind of vibes.

“Thematically, there’s a handful of songs that are really empowering that should make you feel confident, and should hopefully inspire people to be exactly who they want to be.

He added to Gold Radio: “Oh, man, I’ve been working on this for over four years. I took my time because I really wanted to make sure that I found a sound and a style that felt authentic, and that was right. I wanted to carve out my own lane on this one. I wanted my own vibe.

“It wasn’t about chasing a trend or competing with other artists. It was more about: “Let me do me.” 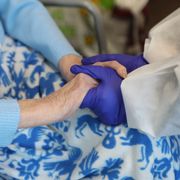 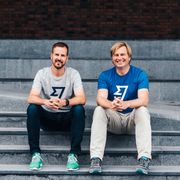 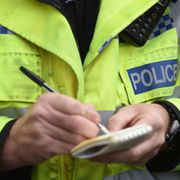 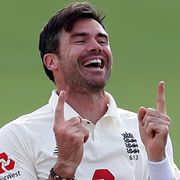 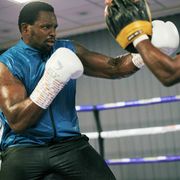 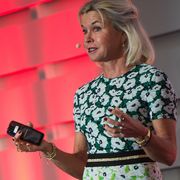