Paul McCartney recalls meeting Elvis Presley with the Beatles: One of the "coolest" people ever

Paul McCartney recalled meeting the 'King of Rock and Roll' when the music legend was in Beverly Hills, and said that he was one of the coolest people he'd ever met.

Beatles legend Paul McCartney has dubbed Elvis Presley as one of the coolest people he's ever met.

Starring on The Adam Buxton Podcast, the 78-year-old spoke about his memorable encounter with the 'Blue Suede Shoes' singer.

"I have met Elvis Presley, who was darn cool," McCartney said.

"This was pre-Las Vegas and the rhinestone suits. This was when he was in Beverly Hills, so he was really cool!"

It was August 27, 1965, when Presley and the Beatles met for the first and only time.

The famous foursome visited the American singer and actor at his Beverly Hills mansion on a night off from their tour in the States.

The encounter started off with some awkward small talk, but soon gave way to an impromptu jam session.

McCartney told Buxton how the band had sat in The King's home in silence, before he said to them: "If you guys are just gonna sit there and stare at me, I’m gonna go to bed."

Speaking to the BBC, previous Beatles' press officer, Tony Barrow, recalled how the group wanted to meet the music legend – but away from the prying eyes of the press.

"The first fundamental ground rules to be set were: no press to be invited, no pictures to be taken, no recordings to be made and no leaking of our plans in advance," Barrow said.

"As the two teams faced one another, there was a weird silence and it was John who spoke first, rather awkwardly blurting out a stream of questions at Elvis, saying: 'Why do you do all these soft-centred ballads for the cinema these days? What happened to good old rock 'n' roll?'"

Barrow revealed how Presley, who would have been 30 years old at the time, was "fairly quiet" but "smiled a lot and shook hands with everybody".

Barrow continued his account of the special night: "They quickly exhausted their initial bout of small talk and there was this embarrassing silence between the mega-famous five, stood there facing each other, with very little of import being said.

"Apart from anything else, I think it was just that each was in awe of the other. Elvis didn't have that much confidence, as far as I could see. He was a fairly easily embarrassed person by the look of him."

Read more: These isolated a cappella vocals from the Beatles on 'Yesterday' and 'Penny Lane' are spine-tingling

But it all changed when Presley asked for some guitars to be brought into the room.

"Up to that point, the party really had been a bit lifeless and unexciting. But as soon as Presley and the Beatles began to play together, the atmosphere livened up," Barrow said.

"Everybody was singing. Elvis strummed a few bass guitar chords for Paul and said: 'See, I'm practising.' And Paul came back with some quip about: 'Don't worry, between us, me and Brian Epstein will make a star of you soon.'"

Read more: Paul McCartney looks back on ‘hurtful’ John Lennon diss track alleging he did ‘nothing’ for The Beatles

Adam Buxton had quizzed the singer-songwriter on who he thought the coolest person he had ever met was.

And though Elvis was a contender, the 'Hey Jude' legend decided the title went to his wife, Nancy.

"My wife, I hope she’s going to listen to this," he told presenter Adam Buxton. "She is very cool!"

But he did add that Elvis came in a close second. 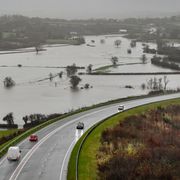 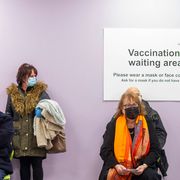 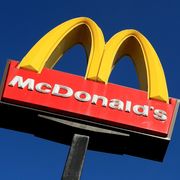 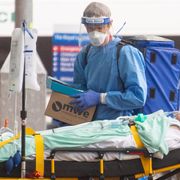 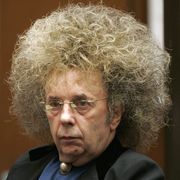