Priscilla Presley and Jerry Schilling have revealed what really happened the night Elvis Presley met The Beatles in 1965 in a brand new interview with Gold Radio.

The duo are currently touring the UK where they for Elvis In Concert: The Greatest Hits Tour.

While Elvis may be touring the UK virtually, Priscilla revealed he would still be touring today and would embrace today’s talented singers.

Speaking exclusively to Gold Radio, Priscilla said: “Well, first of all, I always thought there was room for everyone, as far as music and singing and being a performer.

“I don’t think some of the music that is out today is really his music, but the game was, you know, all open for him, as far as artistic abilities. And I think he would basically allow — not ‘allow’, but embrace, you know, the talent today.

Close friend Jerry said: “I think as he did – you know, there’s always been this thing, the comparisons between Elvis and The Beatles. We met them in ’65 at your guys’ home.

“There was always room. He never felt competitive with any artist. He was a fan of people. I mean, we’d go to Vegas and see Sammy Davis or Tom Jones or Fats Domino. And he was a fan.”

It has long been rumoured Elvis and The Beatles only ever met once in 1965, with Jerry confirmed: “Only once. 1965. Priscilla and I were there!”

The meeting is not widely known about due to no recordings or photographs having been taken that evening.

Both acts were keen to keep their meeting a private event, with both Elvis and The Beatles at the height of fame.

Revealing what that meeting was like, Priscilla said: “Interesting. Really interesting. The Beatles were very shy, and, you know, they didn’t say very much. Ringo was playing pool.

“I think George was out there by the pool, with Larry and Paul. And I think — no, it was Paul and John that were in the living room, and not saying a word. And Elvis… it was a great line.”

Jerry laughed as he recalled: “Elvis said, ‘You know, if you guys are going to sit here and stare at me all night, I’m going to bed’. It was like a Monty Python thing.”

Smiling, Priscilla noted: “That broke the ice!” as Jerry added: “No matter what people say, it was a beautiful, fun night.”

The pair went on to discuss if Elvis ever thought of collaborating with another artist.

Priscilla said: “That’s a good question. He never ever talked about singing with anyone. I wouldn’t put it out – because Elvis was an artist, and he may… you know, if someone came along that he felt that he would want to do a duet with? But he never really talked about it.”

Jerry continued: “That’s an interesting question. There’s the famous one that we all know that he did with Sinatra. It’s one of the greatest pieces of music film I’ve ever seen.”

Priscilla interjected: “That wasn’t someone that he picked out. But that footage was the greatest. There was a little bit of competition there. You could see it in their eyes, right?”

Jerry added: “Elvis is doing Sinatra, and Sinatra is doing Elvis. And as far as collaborating – he wasn’t a writer, first of all. He came from an era of where singers sang, and writers wrote. The Beatles took that to the next level.

Still continuing the legacy surrounding Elvis, Priscilla noted the importance of the UK tour, saying: “Well, for me, you know, it’s what I feel I need to do, because there’s still so much to learn.

“I want to share him with a younger generation – now, at the arenas, we have grandkids, great-grandkids, parents – and to keep it, like I say, going the way it is, especially over here, which of course he loved, and wanted to come. So this is our way to keep him going and alive in the UK.”

Jerry agreed: “To me, it’s like, it’s an honour, and it’s a part of history that keeps needing to be redeveloped.”

Elvis In Concert: The Greatest Hits Tour will conclude at London's O2 Arena on December 1.

Tickets are available from ticketline.co.uk, bookingsdirect.com, ticketmaster.co.uk and the venue box office. 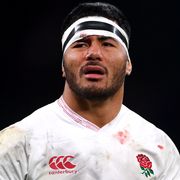 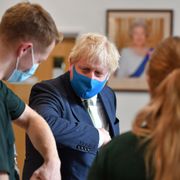 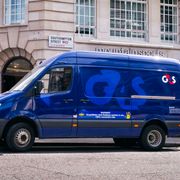 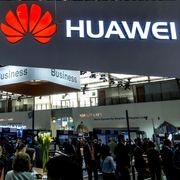 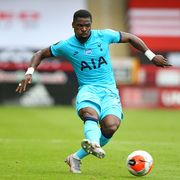 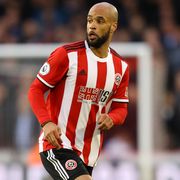