An emotional Sir Elton John was forced to cut short a concert in New Zealand after falling ill with pneumonia.

The 72-year-old pop icon lost his voice in the middle of his set at Auckland's Mount Smart Stadium on Sunday (February 16).

He appeared to break down in tears as leaned into his piano and shook his head in annoyance.

The audience still gave the singer a huge ovation as he walked carefully off stage, while helped by his assistants.

Sir Elton had earlier told the crowd that he had been diagnosed with walking pneumonia that same day.

I want to thank everyone who attended tonight’s gig in Auckland. I was diagnosed with walking pneumonia earlier today, but I was determined to give you the best show humanly possible. I played and sang my heart out, until my voice could sing no more. I’m disappointed, deeply upset and sorry. I gave it all I had. Thank-you so much for your extraordinary support and all the love you showed me during tonight’s performance. I am eternally grateful. Love, Elton xx 📷 @bengibsonphoto

The concert was part of Sir Elton's epic Farewell Yellow Brick Road tour, which will be the 'Rocketman' singer's final jaunt across the world.

Walking pneumonia, also known as atypical pneumonia, is a type of lung infection that is often caused by bacteria or viruses.

Later on, Sir Elton apologised to his fans on Instagram, writing: "I played and sang my heart out, until my voice could sing no more. I'm disappointed, deeply upset and sorry. I gave it all I had.

"Thank you so much for your extraordinary support and all the love you showed me during tonight's performance. I am eternally grateful. Love, Elton xx." 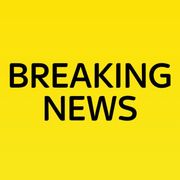 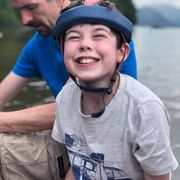 Tyson Fury on Anthony Joshua fight: 'I will smash AJ!'